I admit it. I’m shamelessly in love with the Mormon Tabernacle Choir. So much that I’m this close (I’m holding my thumb and index finger together with only a cm of space in between) to having a restraining order slapped on me.

MoTab. Growing up my mom had the whole catalog of the choir’s LPs and cassettes and she played them all the time. So when I hear the choir sing, Climb Every Mountain or The Impossible Dream, I’m walking down memory lane and feeling the warmth pumpkin pie and mac and cheese give me. And though they’ve had a following for decades, it wasn’t until the turn of this last century that the choir raised to new heights of talent and repertoire thanks to conductors Craig Jessop and the world-renowned composer and arranger Mack Wilberg. (See Betelehemu) Total stalk-worthy, in my opinion.

When I moved to Utah from Northern California I immediately sought out tickets to MoTab concerts. I figured since I didn’t live in the San Francisco Bay Area any longer, the MoTab was my best chance at any type of high-culture. But tickets to their concerts weren’t easy to get. Mostly because they give them out for free which just frosts me. My first concert in 1996 required people to mail–yes mail–a self-addressed stamped envelope to the choir office to request a limit of 4 tickets. Piece of cake. I sent my envelope in and easily got my tickets. It was a lovely concert in the famous Tabernacle. Then the choir asked people to just show up at a ticket office and get their tickets. The concert grew in popularity and people queued up early. I’d be there by 4:30 in the morning to stand in line for a ticket distribution that wouldn’t begin until 10:00 a.m. But I always got tickets and always had decent seats.

Eventually, they did away with my favorite method of getting the tickets in person and made us all participate in a lottery system, which put me in a position of not having control of getting tickets. I hate not having control over anything. The thing is, the choir considers the concerts (which they repeat over the course of three nights and a Sunday morning) their gift to the community, so they say they won’t ever charge for the tickets. I say they should charge. But that’s just me. Or maybe not just me? Whatever.

So, last year while I was convalescing I watched all the DVDs of the past concerts I attended since 2001 (the concerts that were recorded for PBS and made available on DVD once they moved it to the LDS Conference Center). The years prior don’t really count as they don’t have near the production value as the ones beginning in 2001. So, I went down memory lane and some of the less popular ones turned out to be my favorites. Here’s my review 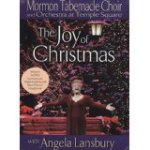 2001: The Joy of Christmas. Angela Lansbury. This concert was crazy good! It was the December following the 9/11 attacks and boy did we need this. I had awesome seats–I mean, I was something like fourth row. Favorites from this night included “We Need a Little Christmas,” and the Beauty and the Beast song Angela Lansbury sang in the film. A little known fact: Ms Lansbury was so moved by the invitation by the choir and the opportunity to do something to help everyone heal from the tragedy of 9/11 that she did not charge her fee for her performance. Classy lady! 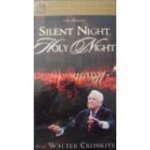 2002: Silent Night, Holy Night, Walter Cronkite. This is one of my favorites and a huge surprise. Walter Cronkite narrated The Christmas Truce story that took place during World War 1. It is a moving story backed up with music from the choir. The best part of the DVD is the back story you hear about from music conductor Craig Jessop during an interview. There are a lot of serendipitous moments that took place in producing this concert. And that’s the way it was.

2003: Christmas with the Mormon Tabernacle Choir, Frederica von Stade and Bryn Terfel. When I viewed this concert again last year I forgot how wonderful it was and is one of my favorites. There is so much packed into it. Flicka’s orange frock is a still a mystery to me, but once she began singing I forgot all about her little chiffon number. Bryn Terfel–holy cow! What a baritone! Both were charismatic, charming together and looked like they were kids in a candy store as they sang with the choir. And it had everything: bagpipes, steel drums, a fog machine spewing fog around the orchestra, and there was actually snow (fake, natch) in the conference center during the yuletide medley. If you like classical musicians (which I do), you would love this concert.

2004: Christmas with the Mormon Tabernacle Choir, Audra MacDonald and Peter Graves. Broadway star Audra MacDonald sang and Peter Graves narrated. I love any and every concert of the choir and it’s guests, but I have my favorites. This isn’t one of them, though Audra MacDonald’s voice is full bodied and flawless. On this DVD you’ll find the choir’s performance of the Nigerian carol, Betelehemu, which is a must-see for pretty much anyone. (it also was performed at the previous year’s concert.) It will freaking knock your socks off. This ain’t your momma’s choir anymore.

2005: Christmas with the Mormon Tabernacle Choir, Renee Fleming and Claire Bloom. I about wet my pants when I found out that Renee Fleming was the guest soloist for the 2005 concert. Just two years prior I saw her in La Traviata at the NY Metropolitan Opera from about as far away from the stage as you can get and here she was singing with my choir! (Yes, it’s my choir since I’m it’s #1 stalker.) Claire Bloom was a lovely narrator and La Fleming sang pitch perfect (duh) and tra-la-la’d her way into my heart forever. I also stood in line at a CD signing and had her sign my program. I still swoon when I watch this DVD. 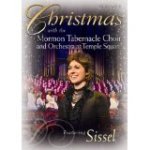 Sissel: Voice of an angel

2006: Christmas with the Mormon Tabernacle Choir, Sissel. The. Best. Concert. EVUH! So, I’m at this concert and this woman comes out on stage with a hair looking like 1980’s star Kristy McNichol and I wasn’t sure what I was going to get. She opened her mouth and I thought I was hearing an angel. This is essentially a perfect concert. Sissel is a Norwegian soprano who also sang on the Titatnic soundtrack. The album that resulted from this concert, Spirit of the Season, garnered a Grammy nomination for both Sissel and the Mormon Tabernacle choir (Best Classical Crossover Album of the Year, as well as Best Engineered Classical Album). Favorite surprise number from this concert is the ABBA favorite, Like an Angle Passing Through My Room. This also is my husband’s favorite concert. His favorite number is In the Bleak Midwinter (à propos since he’s Canadian).

2007: Rejoice and Be Merry, King Singers. Thank you, MoTab, for moving away from the obvious title, Christmas with the Mormon Tabernacle Choir and adding some creativity and flair by titling your concerts. Now that I got that out of the way, This concert is high on the list of favorites. The King Singers are not only extraordinarily talented but terrifically engaging as well. The treasure at this concert is O Holy Night arranged by conductor Mack Wilberg specifically for them. I will confess that O Holy Night is one of my least favorite carols because it has a tendency to just drone on FOREVER, but Wilberg’s arrangement is pure joy and kept me interested. It’s like drinking a big cold glass of chocolate milk. Yummy! 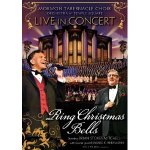 2008: Ring Christmas Bells, Brian Stokes Mitchell and Edward Herrmann. Speaking of yummy, Brian Stokes Mitchell is one of the best performers I’ve ever seen on stage. He not only has a fantastic baritone voice but he is completely charismatic. He actually had performed with the MoTab earlier in the year at a Tanner Gift of Music concert where my husband and I were just blown away. Favorites from this concert include Grateful and Sleigh Ride (which is quintessential MoTab in case you were wondering). And Edward Herrmann. Wow. Blew me away too. He narrated a wonderful story about the 1864 poem “Christmas Bells” by American poet Henry Wadsworth Longfellow. (You know the carol, “I Heard the Bells on Christmas Day.”) Herrmann gets my vote for the best narration ever at a MoTab Christmas concert.

2009: The Most Wonderful Time of the Year. Natalie Cole and David McCullough. Sigh. I had such high expectations for this concert. I just adore Ms Cole, but she didn’t deliver at this concert. I know she had been seriously ill that year and I’m a huge fan of hers, but she just seemed a little off to me. And I was totally on the edge of my seat waiting for her to sing The Christmas Song, which her father made popular. Didn’t happen. (Really? Really?) And David McCullough, hmmmm. I know he’s a Pulitzer prize winning author, but a public speaker? Not so much. I remember thinking after this concert, “Maybe I shouldn’t go any more for awhile. Maybe I can’t be impressed anymore.”

2010. Glad Christmas Tidings, David Archuleta and Michael York. Well, be careful what you wish for. When MoTab announced David Archuleta as the guest artist for the concert I thought, “Well, that pretty much seals the deal for me about going again. Not happening for this year.” Yes, I’m a bit of a snob. I wasn’t alone in my thinking that the Mormon Tabernacle Choir was being unimaginative and selling out to have a 2nd runner up American Idol star as their guest artist. But I was in the minority as it was the most popular concert ever. And several of my friends looked forward to it and loved it. Yes, he’s a wonderful performer, but it just wasn’t for me. And karma played out in an annoying way for me. The concert was just days after I had surgery to repair my ankle after my Thanksgiving weekend hiking accident in Zion, so I couldn’t go anyway. I did watch the concert on PBS a couple of weeks ago and it was okay. Maybe I would have liked it better if I had attended. Or maybe if I had a better attitude about the whole thing. All my fault.

2011: Yet to be named but I’m sure it will have something to do with Good King Winceslas, Nathan Gunn and Jane Seymour. I forgave the Mormon Tabernacle Choir for the David Archuleta and Natalie Cole incidents and my husband and I went to the concert last night. FanTAStic! It even “snowed” in the conference center. I’d been waiting for them to repeat the snow since the 2003 concert. Also, Jane Seymour is in 2nd place for the best narration ever (Herrmann is first place). And she had three costume changes. Nathan Gunn made singing baritone look effortless. Not as charming as the effervescent Bryn Terfel, but given some time he’ll get there. Maybe being Welsh like Terfel could help. Mr. Gunn should look at getting an accent. But I digress. Favorite number from the night was In dulci jubilo (natch–it’s a standard classical showy piece) and Sing Lullaby. (Full confession here: The dancers’ costumes totally reminded me of Spamalot. I was half expecting one of the musical numbers to be Always Look on the Bright Side of Life. But mostly it just made me giggle.)

Steve and I at the 2011 Mormon Tabernacle Choir Christmas concert